Naturevolution > How we work > Exploration > The 2014 expedition

Based on a first epic tracking in 2012 and on shipping reports of French cavers team having already traveled downstream the river Lalindu few years ago, Evrard Wendenbaum conducted in October 2014 the first scientific expedition to the northern foothills of the Massif totally unexplored Matarombeo on the island of Sulawesi in Indonesia, with the support of Yellow Pages, the Lemarchand Foundation and the Petzl Foundation. 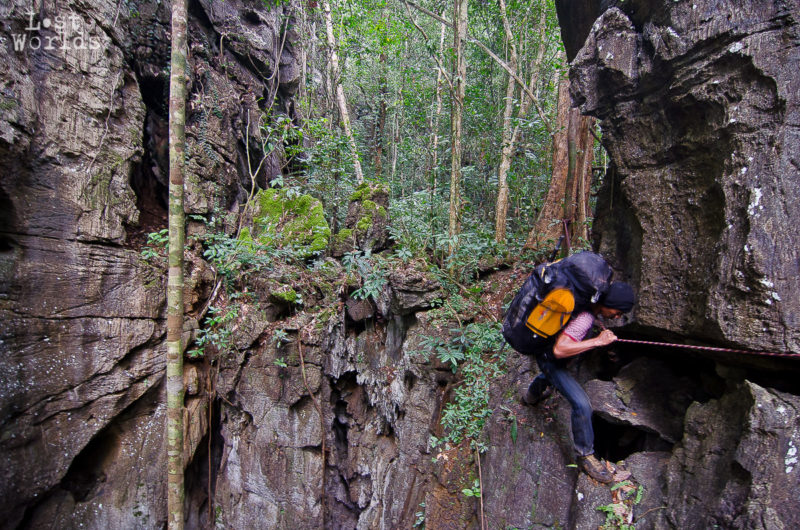 The Matarombeo karst massif is a difficult ground to explore, and requires both agility and vigilance.

The scientists were able to perform first archaeological surveys some cavities with traces of ancient human passages (ceramics, paintings, sculptures, etc.). A quick inventory of local biodiversity and many very interesting game drives - including those of Anoa, the smallest bovine in the world, which we still know very little about today - also helped the team refine research projects of a scientific expedition larger scale planned for 2018.

> Read more 2018 shipment we prepare in this massive Exploration also takes place underground, because the Matarombeo karst meets all the conditions for the development of a gigantic underground networks, maybe the largest in this part of the world.