Naturevolution > Where do we work? > Madagascar > The Makay 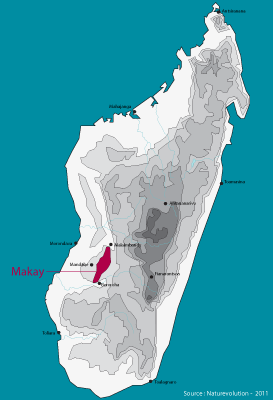 Location of the Makay range in Madagascar

The Makay range spreads over an area of 150×50km. Made of the remains of the erosion of large massifs of crystallines rocks disappeared hundreds of millions years ago, the Makay is one of the most impressive works of nature. Among the patchwork of diverse ecosystems in Madagascar it remains a few little-known, relatively unexplored and undeveloped, sparsely populated areas, presenting a high potential for new discoveries. The Makay stands among them as an iconic Terra Incognitae : even on the island of Madagascar itself, few people have heard of this ruiniform mountain range.

Located in the central western part of the island, the Makay range is constituted of yellow sandstone and features high plateaus still partly covered with forest or bushy growth common to the dry climate of the Malagasy West. Spectacular erosion has carved the plateaus into a maze of deep canyons where a flora typical of humid ecosystems has developed, not unlike the evergreen forests of Eastern Madagascar. Life has taken to these hundred-meter deep valleys and has developed there in complete autarky for millions of years, filling every possible ecological niche. Isolated and preserved from human intervention, these biotopes have allowed animal species and ancestral plants to subdivide down to the point new species appear. 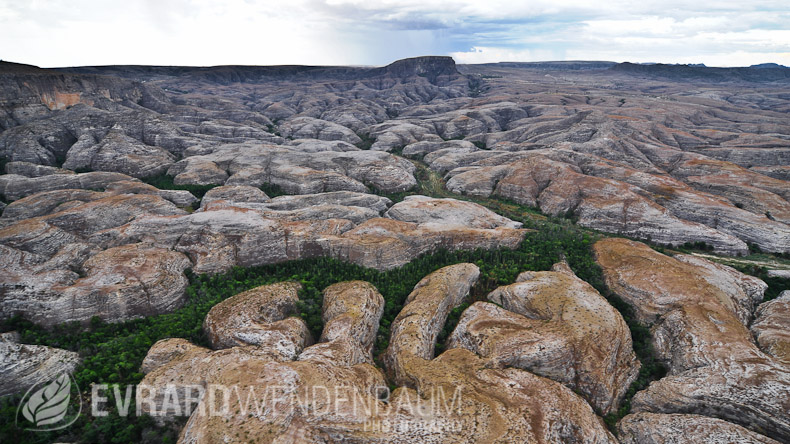 A maze of canyons, landscape typical of the Makay range, Madagascar.

Thus the Makay really became a refuge for nature, a haven for species among the most curious of the planet. Its remoteness and the caracteristics of its topography was until recently hindering scientific exploration. Yet if it could so far protect its treasure for men, the dramatic increase of wildfires that is taking place in Madagascar recently is slowly threatening its forest and biodiversity. Wildfires are often spotted not only on the edge of the massif, but also spreading in the heart of its canyons, destroying what nature took millions of years to create. 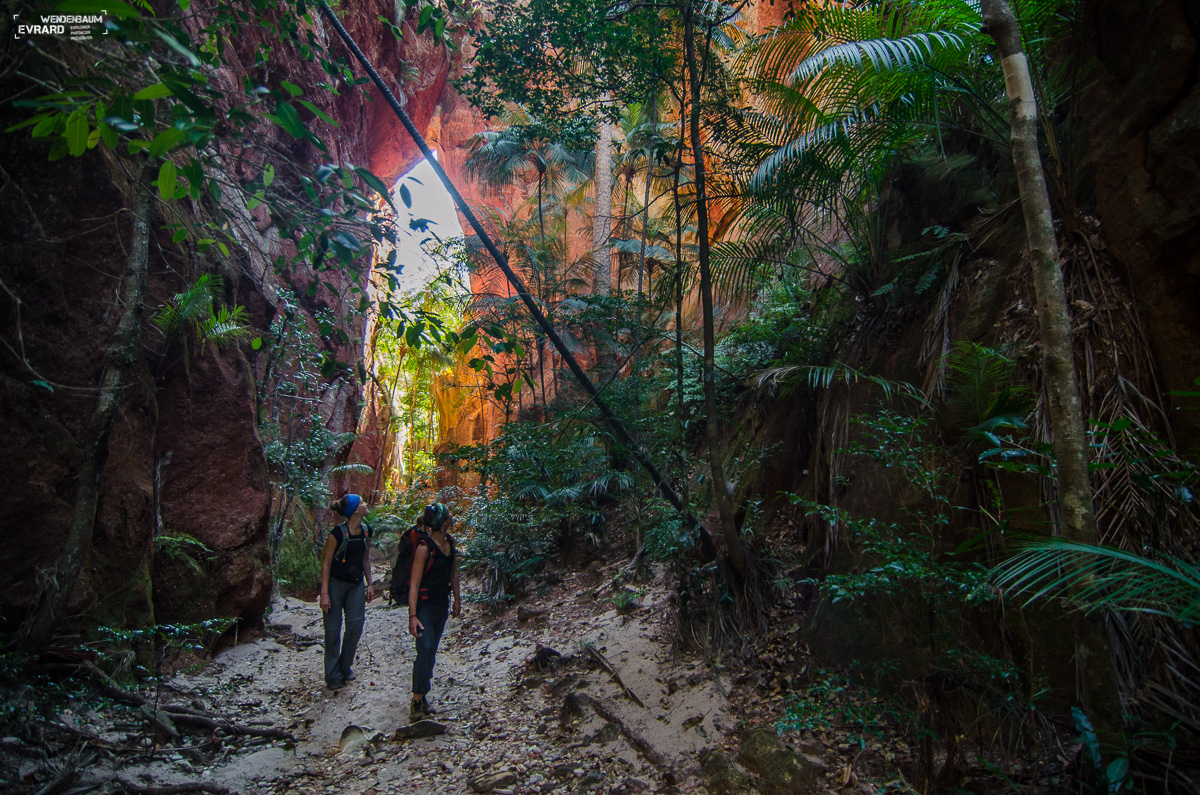 The Makay canyons are home to an incredibly rich biodiversity. Makay massif, Madagascar.

For ten years, Naturevolution has stepped forward to protect the Makay massif. First, three scientific expeditions led between 2009 and 2011 with several dozens of scientists brought concrete proofs of the incredible biodiversity of the Makay, as well as images to showcase these natural treasures. Then, field work over several years led to the creation of the Protected Area of the Makay and the implementation of various conservation projects.

Launched in 2018, the website of theProtected Area massif Makay gradually enriched with all the information about Makay: the massive and villagers, the commitments of the Manager, tourism operators and conservation strategy implementation, information for visit the massive and on travel conditions, and more. Go here to visit the website of theProtected Area of ​​Makay in Madagascar.

If you would like to join us to protect the unique ecosystems of the Makay, see the various ways to help us on the page « Get Involved » or join us for a mission in the field.