Naturevolution > Where do we work? > Indonesia > Konawe > Context

A transition zone exists between the biogeographic regions of Southeast Asia and New Guinea: an area called Wallacea, in tribute to Professor A.-R. Wallace, whose exploration of the biological diversity of the region in 1858 led him independently to the same conclusions as Charles Darwin about the evolution of species. His letter to Darwin precipitated the older man’s long-delayed decision to publish the first account of the celebrated theory of evolution.

The boundaries of this transition zone are located on either side of the island of Sulawesi, where geological conditions and events have fostered a remarkable diversity of flora and fauna, and generated an incredible rate of endemism (species native/unique to the area). 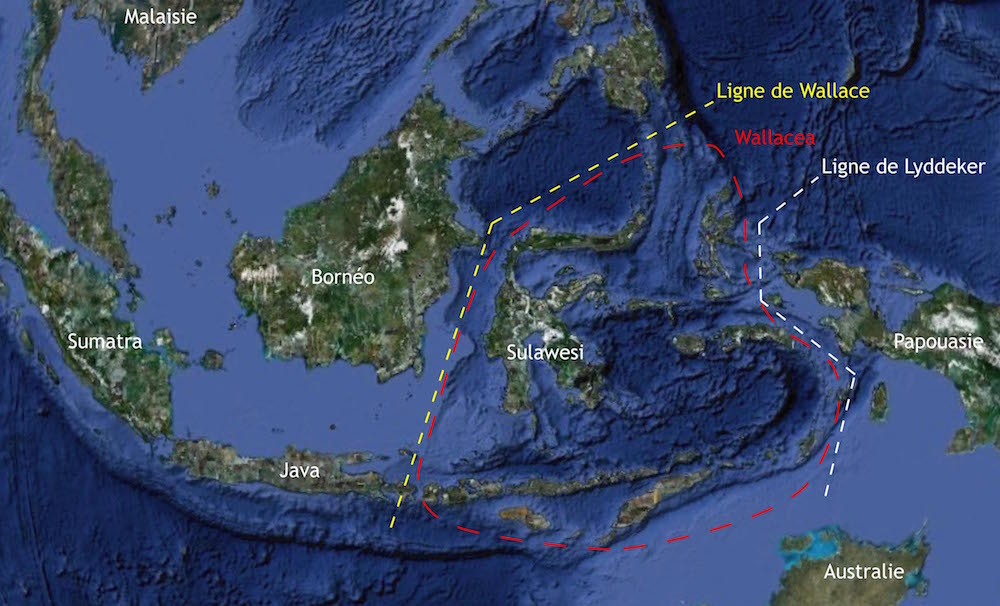 Throughout its mosaic of habitats, 98% of Sulawesi’s terrestrial mammals, a third of its birds and nearly 80% of its amphibians are endemic. Some of these species are emblematic: for instance, the Babirusa, a deer-pig and unique representative of its kind; or the Maleo, a bird that uses solar or geothermal energy to incubate its eggs by burying them; or the very rare and endangered giant palm civet, a carnivore strictly native to the north and centre of the island.

Sulawesi therefore houses an incredible natural heritage . Given its biodiversity and the threats it faces, Sulawesi constitutes 34 biodiversity hotspots. Sulawesi is home to a fabulous natural heritage, and has a high rate of endemism (species found nowhere else).