Naturevolution > Where do we work? > Indonesia > Konawe

The Konawe karsts span a geological region of around 5,000 km² in the southeast of Sulawesi Island, Indonesia. They include the Matarombeo massif, a mineral fortress covered with vegetation, as yet completely unexplored, and, at its extension, the bay of Matarape, rich in rocky islets and coral reefs, and populated with fishing villages. 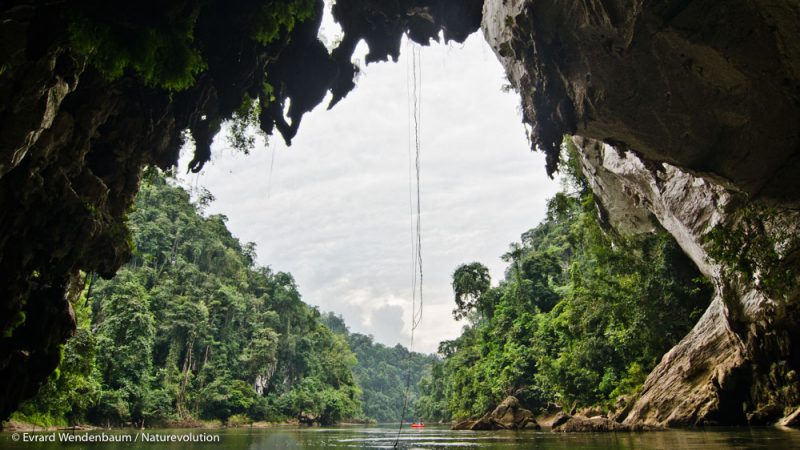 Unexplored and difficult to access, with unstable terrain and unique native animals: the Matarombeo massif on the island of Sulawesi is by essence the archetype of a Lost Worlds.

The karstic massif of Matarombeo covers about 1,200 km² (half the size of Luxembourg, or the size of New York city). Its summit rises to around 1500 meters above sea level. It is bordered on the north and south by two main rivers flowing from west to east. These waterways offer the possibility of entering the massif along its entire length and making natural transects.

Completely unexplored, the Matarombeo massif is one of the few karsts of Southeast Asia to survive as an “island within an island” on Sulawesi; an untouched islet in the heart of the forest. Together with neighboring Tangkelemboke and Mekkonga mountain ranges, Southeast Sulawesi still harbours one of the largest area of intact primary forests of the island, a last bastion in the face of palm oil, cocoa and pepper plantations, cement factories and nickel mines.

Given that karstic massifs are known to be the richest areas of the planet in biodiversity, the almost complete absence of knowledge about the Matarombeo and surrounding rivers guarantees the opportunity for immense scientific discoveries in terms of underground networks and new species for species. 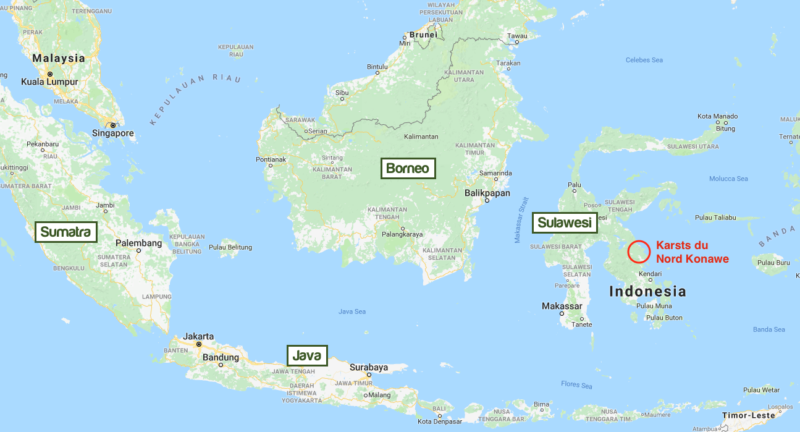 The Konawe karsts among the Indonesian archipelago

Following a scouting trip to the massif in 2012, Evrard Wendenbaum and Naturevolution conducted a first pilot expedition in 2014. Together with a team of 5 scientists, they navigated the rivers bordering the massif, carried out wildlife observations and took GPS points of archaeological sites. These first forays and the footage filmed during the expedition will help prepare a future, larger expedition.

Caving in the Mataraombeo massif during the 2014 pilot expedition. Photo Phil Bence / Naturevolution.

The karst region of North Konawe sinks into the sea to the east of Matarape Bay. Consisting of a myriad of coves and rocky islets reminiscent of other Southeast Asian tourist destinations, the beauty of the area and the richness of the seabed have earned it the nickname of "little Raja Ampat ", heralding future tourism development.

Although the islands and the coastline are studded with a multitude of small villages surviving mainly on small-scale fishing, the region has not escaped pollution from waste, particularly plastics, or the unbridled exploitation of its natural resources, such as nickel. 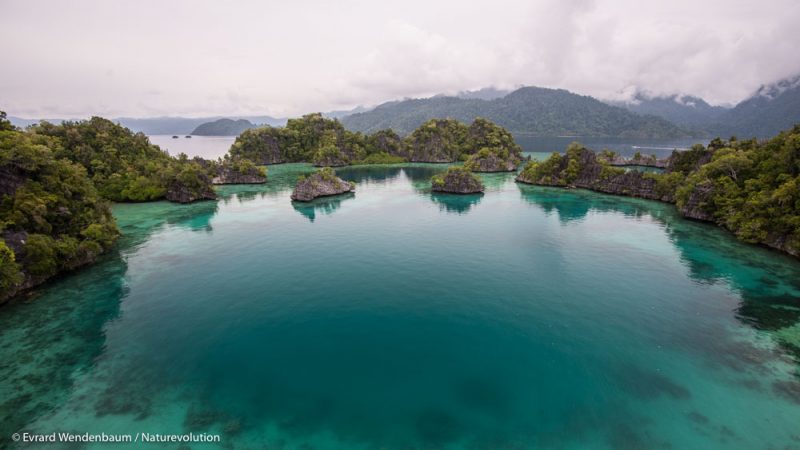 Matarape Bay, another type of "lost paradise", where tourism development is only a matter of time. Will tourism be a tool for the bay’s preservation or the curse that causes its destruction?