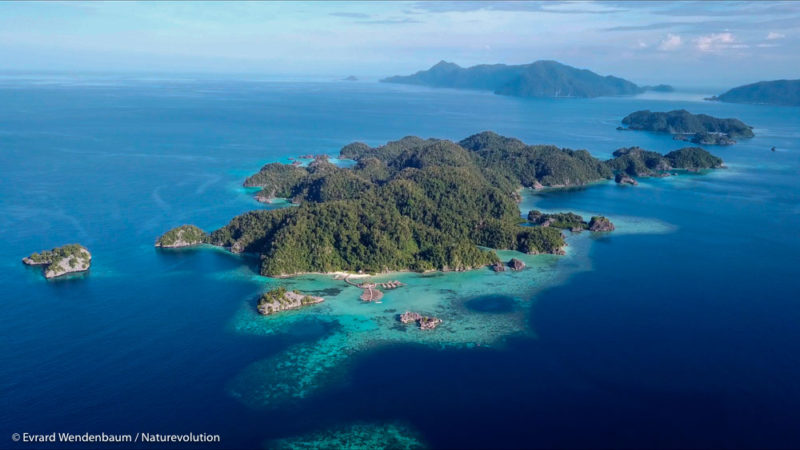 The mission actually begins once the water. In the fishing boat which will be our transportation for the next ten days, the waters of the grande bath Matarape spin under the moonlight. First awareness of the size of the place: the village of Molawe south, boat 3h are needed to reach Kokoh Island where we set up the first camp. Fifty kilometers dotted with karst islands of all sizes. Most are uninhabited: the whole area, there are only a dozen villages, built on stilts over the water rather than on the rock. Some islands, such Kokoh Island, home to only one family.

The next day, after waking up under the palms towards the island of Sombori for cleaning a first range. Some leave in recognition of the reef, while the bulk of the team pass the range comb to collect the entire waste. By early afternoon, the operation is completed, the team is home to the sun for a lunch in the boat, before spending the rest of the afternoon to go diving on the reef surrounding the island . 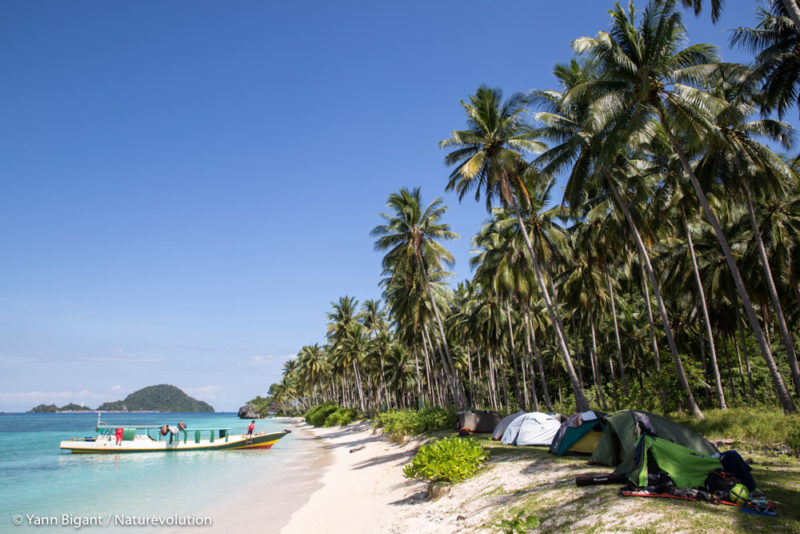 Plastic waste in the oceans are the last one of the major newspapers in the world, and it was time! With 8 million tons of plastic dumped into the sea every day, Waste is more weigh that by fish 2050 if nothing is done by then. And in the splendid bay of Matarape, near the Matarombeo massif Naturevolution which already conducts scientific and conservation efforts expeditions, waste is all too visible - both on the beaches, on the water and under water.

It must be said that Indonesia is the second contributor plastic in the ocean. Except that here the sea is a biodiversity hotspot in the heart of Coral Triangle ... A good reason to act quickly and efficiently! Act, ie carry out cleaning operations and awareness with local communities, while putting up a waste management system at all of the bay and even Sulawesi Tenggara. Actions that are part of the broader framework of our preservation program karsts Konawe. 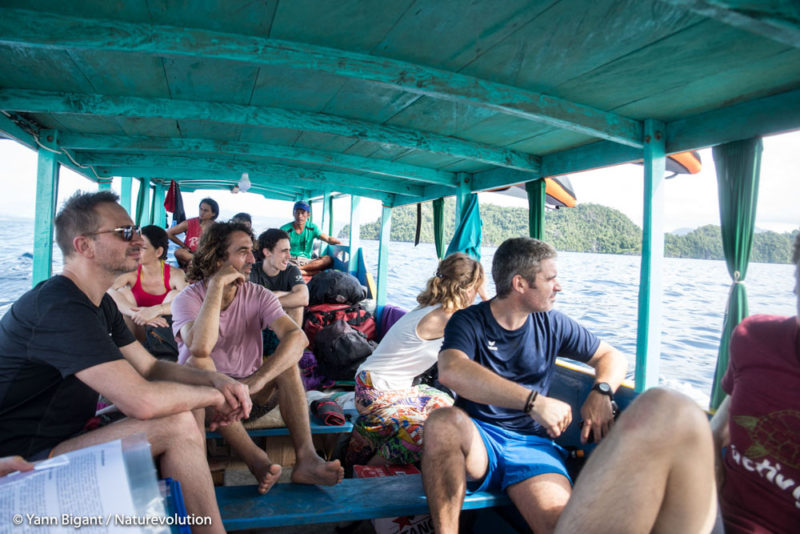 You said karst ? The islands of the Bay of Matarape up the marine extension of the geological formation of the solid mass Matarombeo located inland. A karst set (mainly limestone) which, eroded by the sea and rain, gives birth to a spectacular terrain. Uncrowded tourists Matarape Bay has been dubbed the "mini Raja Ampat" for its resemblance to this site now unavoidable. In short, a wonderful site!

But who spoke on vacation? The days were punctuated by the imperatives of projects and mission.
Place a typical day: 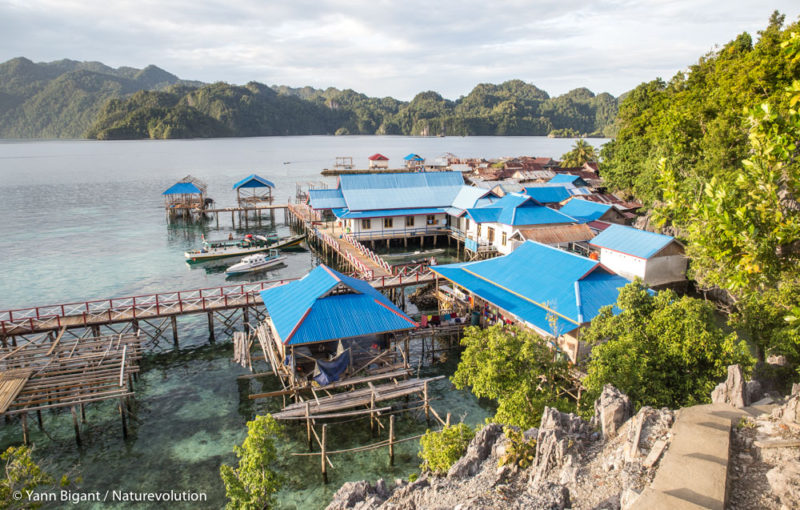 On one of the smaller beaches where we made the exhaustive sorting of collected waste, waste down as follows:

In the end, the entire mission, we picked up near A waste TONWhich were sent to the capital of the province Kendari.

A few words about ... Ocean initiatives : Ocean Initiatives are beach clean lakes, rivers and sea made worldwide. This waste collections are organized by volunteers and accompanied by Surfrider Foundation. Naturevolution decided to join this network of actors following a single protocol for inventories of waste collected so that data can be recovered to decision makers and the general public. 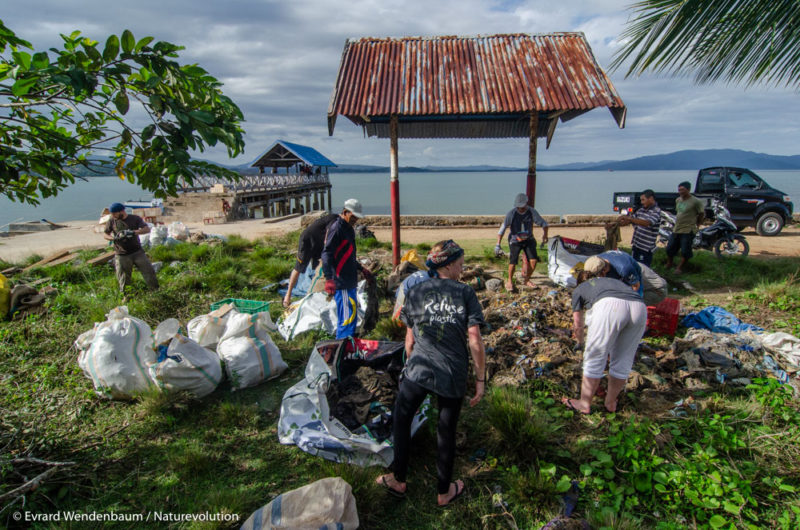 Thank you to our partners who joined the launch of Konawe Plastic Project: nomad Adventure, Adventure travel agency, and Ector - sneakers recycled plastic.

Continue to the second section of the mission: preserve the coral reefs of the Coral Triangle.

If you want to adventure in this beautiful area and work for its preservationYou have the opportunity to join one of our eco-volunteer missions in Indonesia.
Here -> to 2018 program missions. 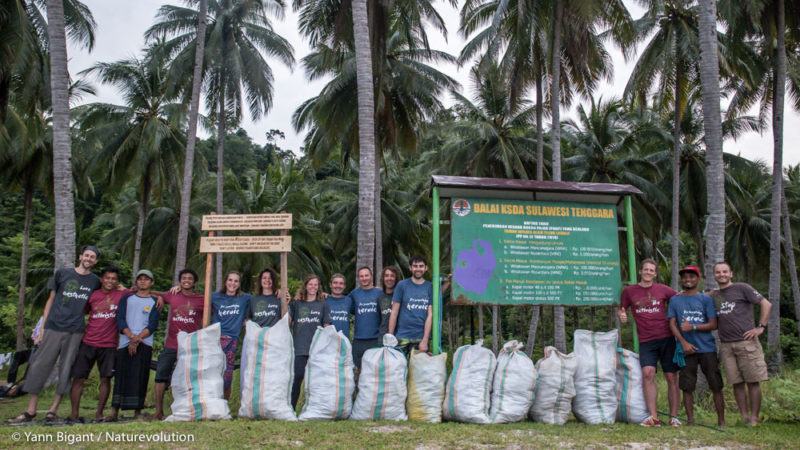